The following guidelines are for the indoor and outdoor use of UAS.

Outdoor use of UAS must follow Federal, state, and local regulatory limitations or restrictions (including Federal Aviation Administration (FAA) Section 333 or Part 107 regulations), as well as Authority Having Jurisdiction (AHJ) regulations, as applicable. If there are any conflicts between these guidelines and Federal Regulations, the Federal Regulations will apply.

UAS, a.k.a. “drones”, combine the use of aeronautics, electronics, and wireless transmission technologies through the use of a remote-controlled or a programmable unit. UAS types include, but are not limited to, helicopters, multi-rotor, fixed wing aircraft, small UAS (sUAS), and micro UAS.

These guidelines cover motion picture and television operations including, but not limited to, camera platforms, image and data capture, lighting, special effects, and when the UAS is flown as a prop.

Federal regulations prohibit flying over people during UAS operations, unless the UAS Operator is specifically approved to do so or has been granted a waiver by the FAA, OR they are “participating personnel”.

For the purposes of outdoor filming, Federal regulations define flying “over” people as the UAS flight path being directly over any part of a person. For example, a UAS that hovers directly over a person’s head, shoulders, extended arms or legs would be an operation over people.

For the purposes of outdoor filming, Federal regulations define “participating personnel” as ONLY those that are directly participating in the safe operation of the UAS, such as the PIC and/or Visual Observer. (Flying over all other personnel, including cast and crew, requires FAA approval or waiver.)

If required for “non-participants”, safe barriers may include a covered structure or a covered stationary vehicle.

The Production Company must notify all production personnel of the planned use of UAS so that any objection can be communicated prior to UAS operation. Notification can be accomplished by including a statement like the following on the call sheet:

“An Unmanned Aircraft System (UAS) will be used in close proximity to production personnel and equipment. Any personnel who does not consent to working within the UAS area must notify (insert the assigned production designee(s)) prior to use of the UAS.” 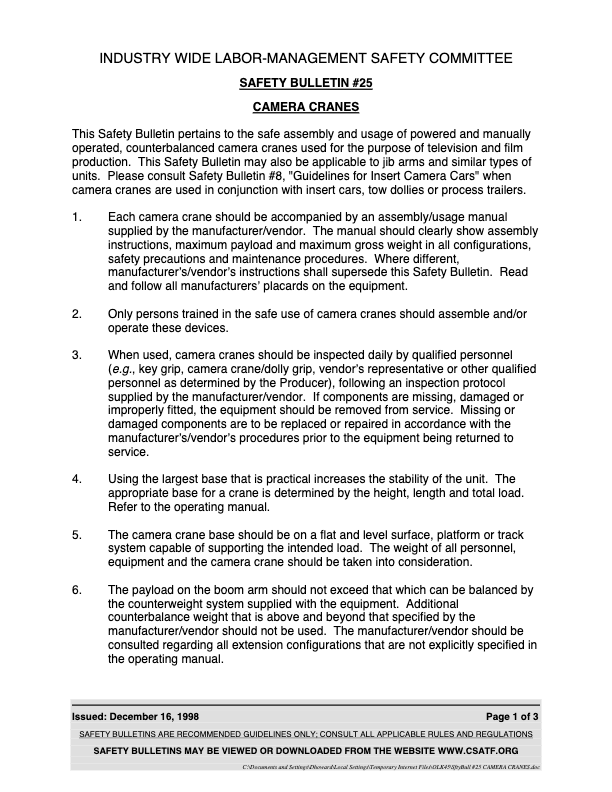 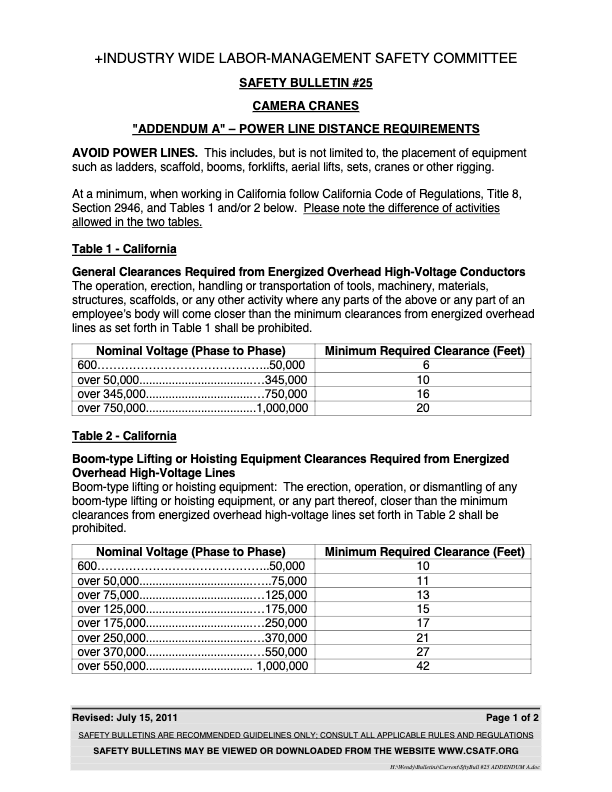 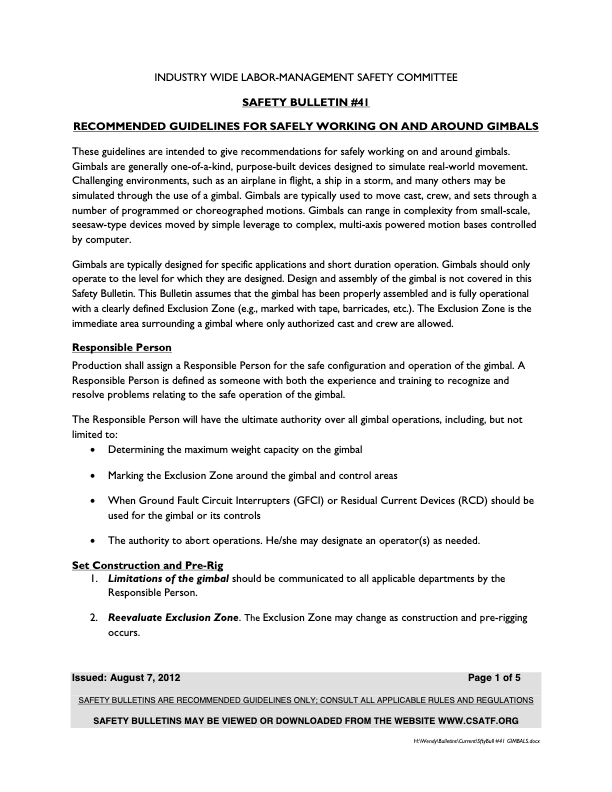 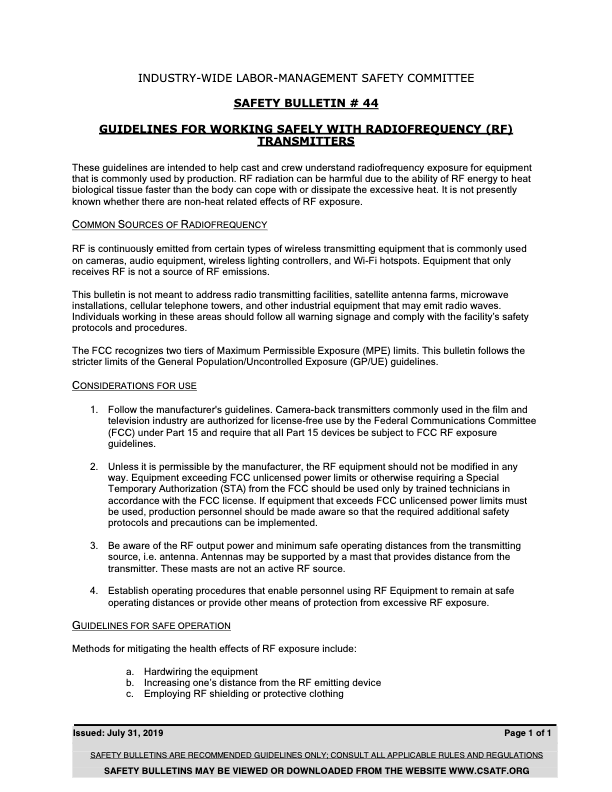 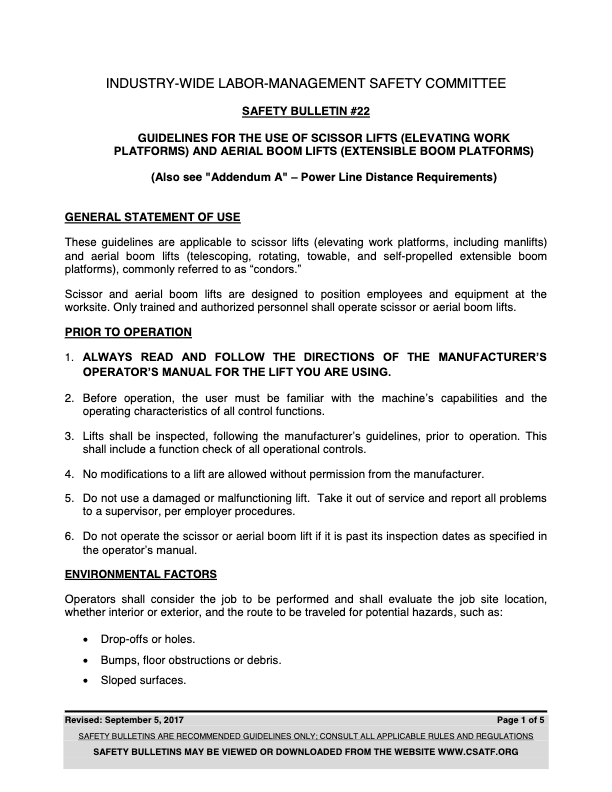 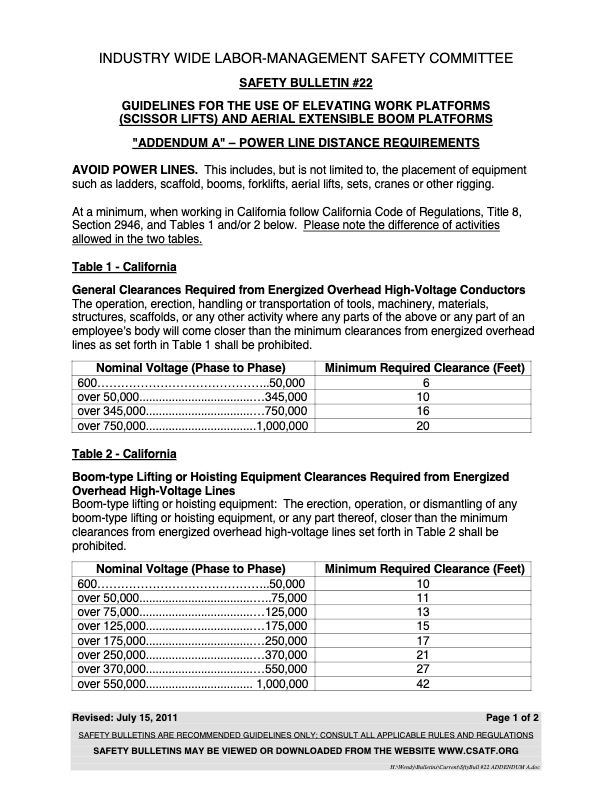