Fixed wing aircraft (i.e., aircraft, gliders, ultra lights) flying may be adversely affected by changing natural conditions such as wind, temperature and time of day. Manmade conditions such as weight, externally mounted equipment and the discharge of pyrotechnics and/or smoke can also affect the pilots ability to fly safely. Special precautions should be taken to ensure safety when working around aircraft that are operating in close proximity to camera, cast and crew, including taxiing, take off and landing. 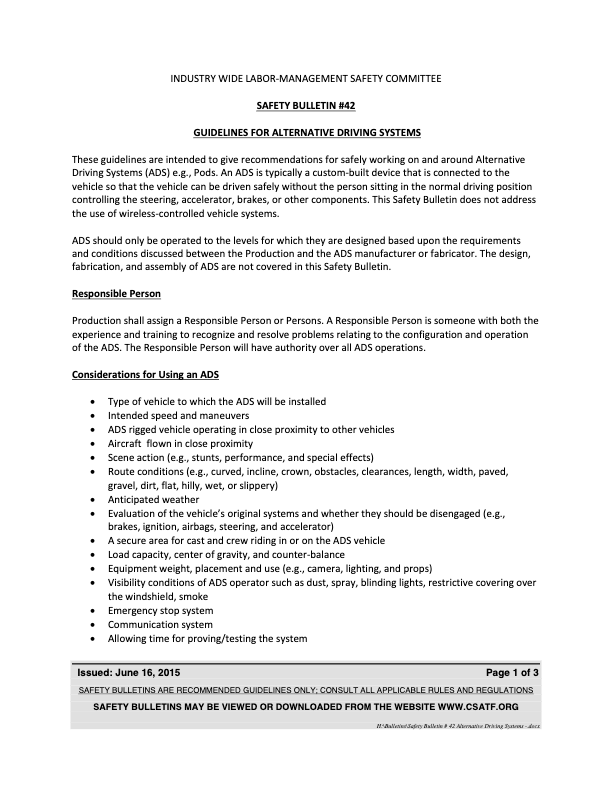 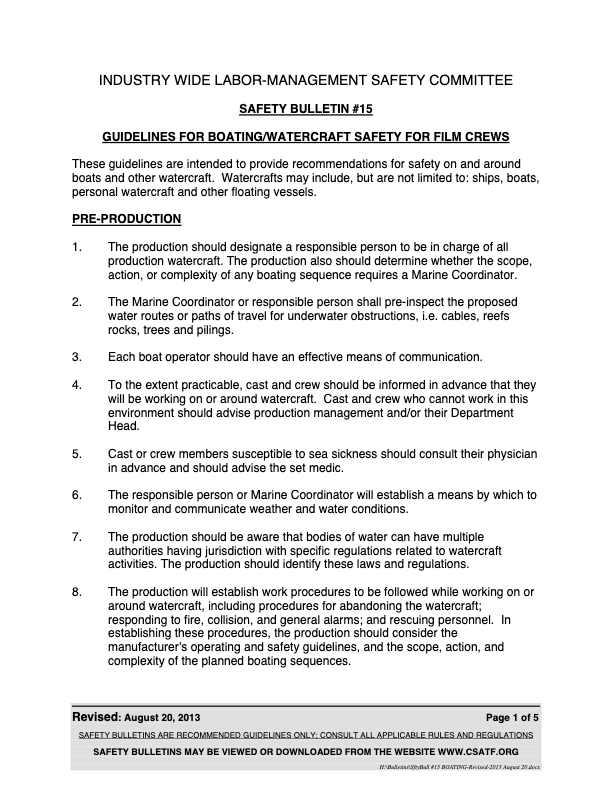 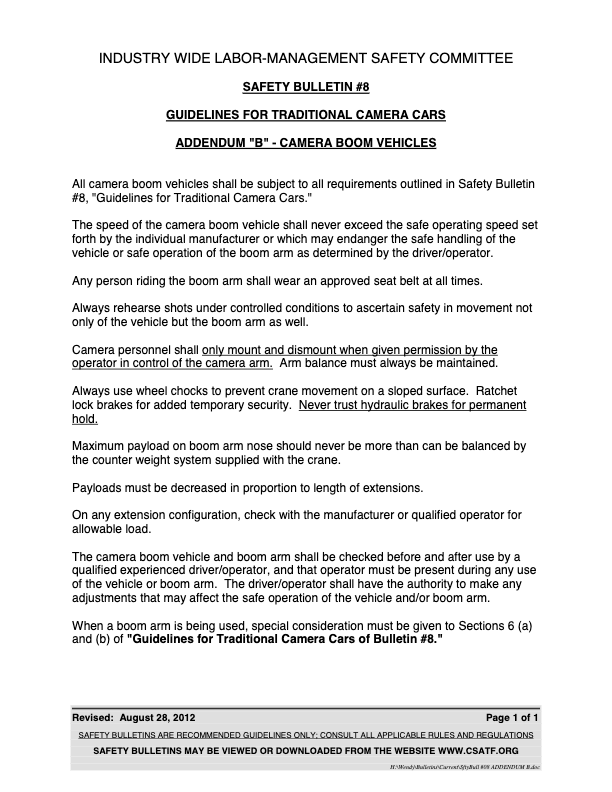 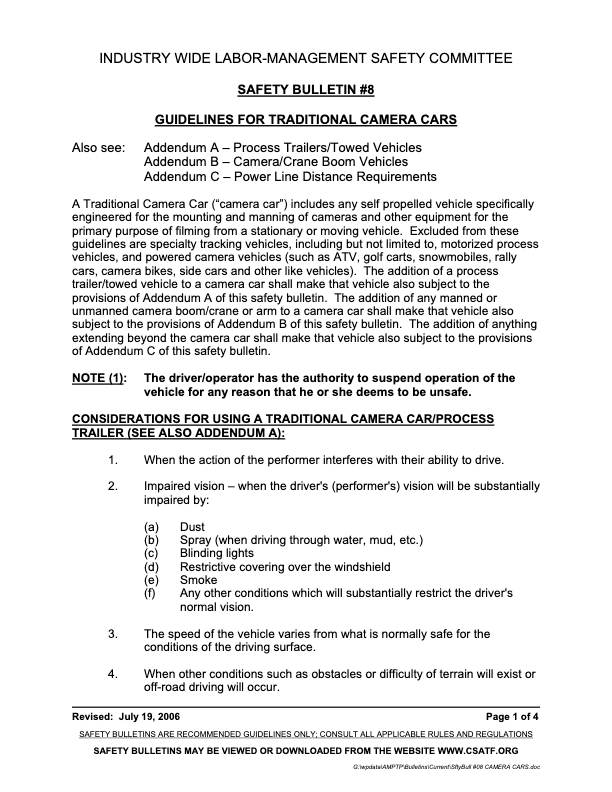 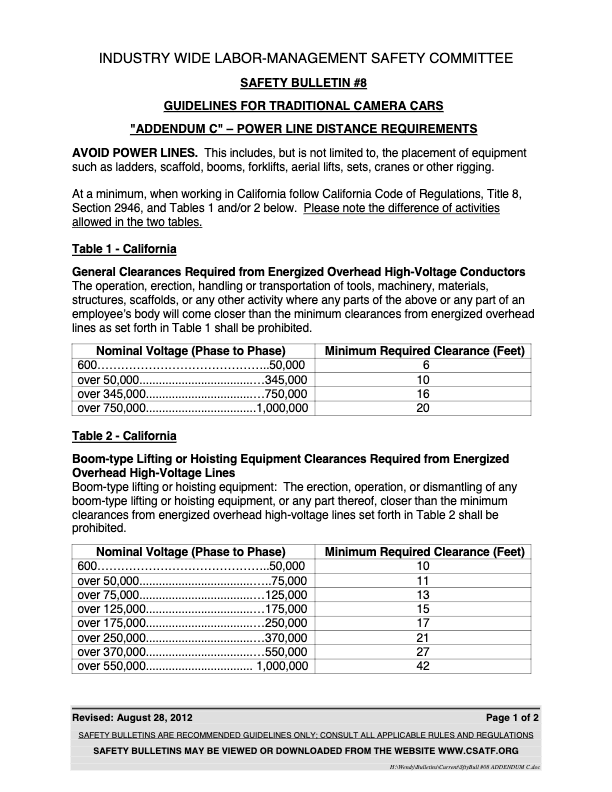 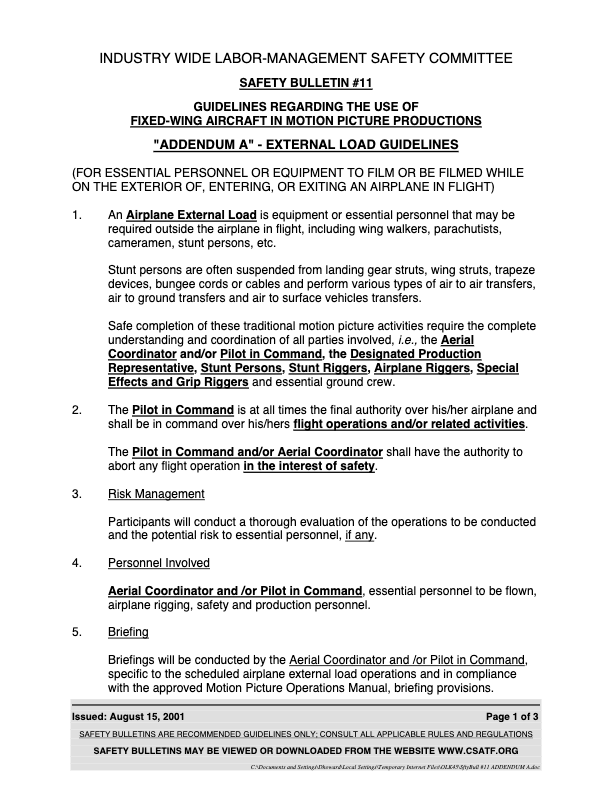 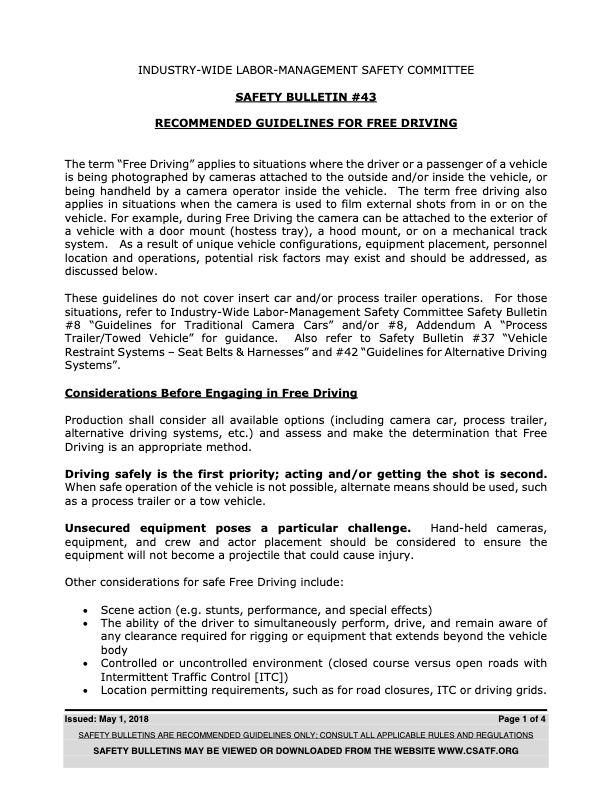 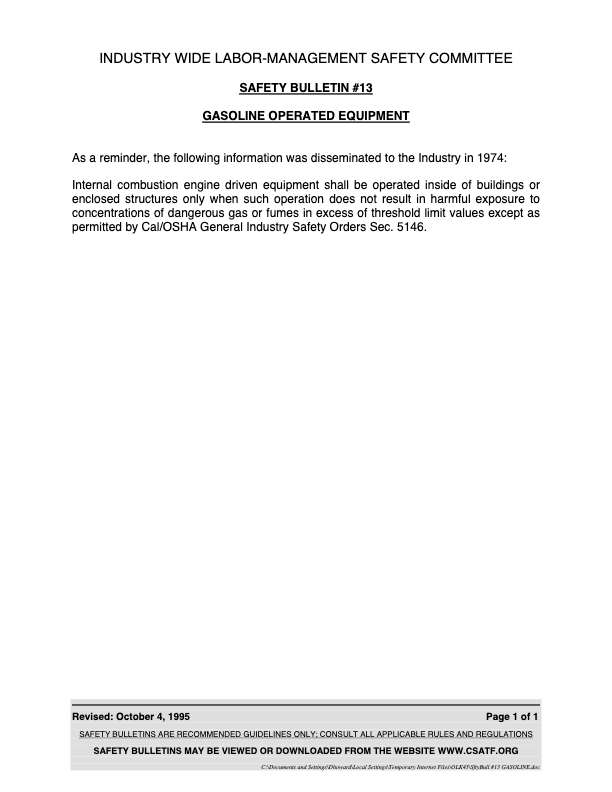 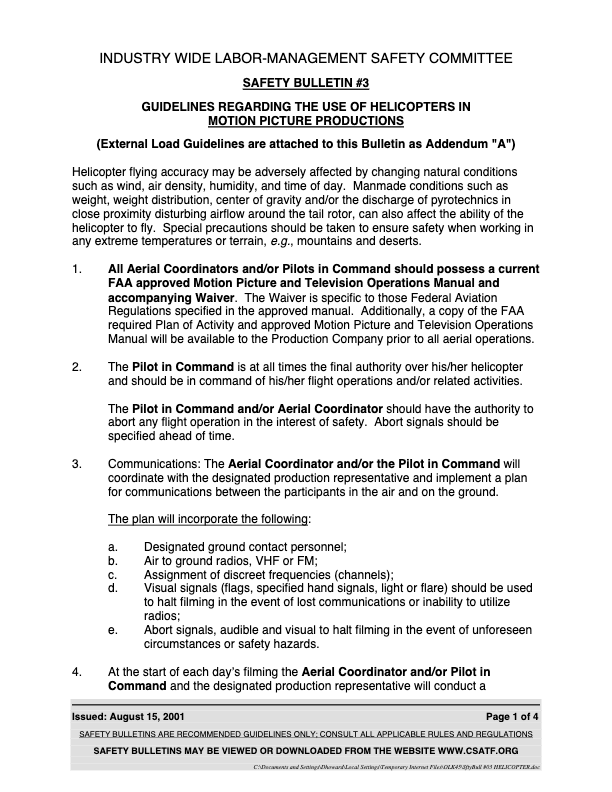 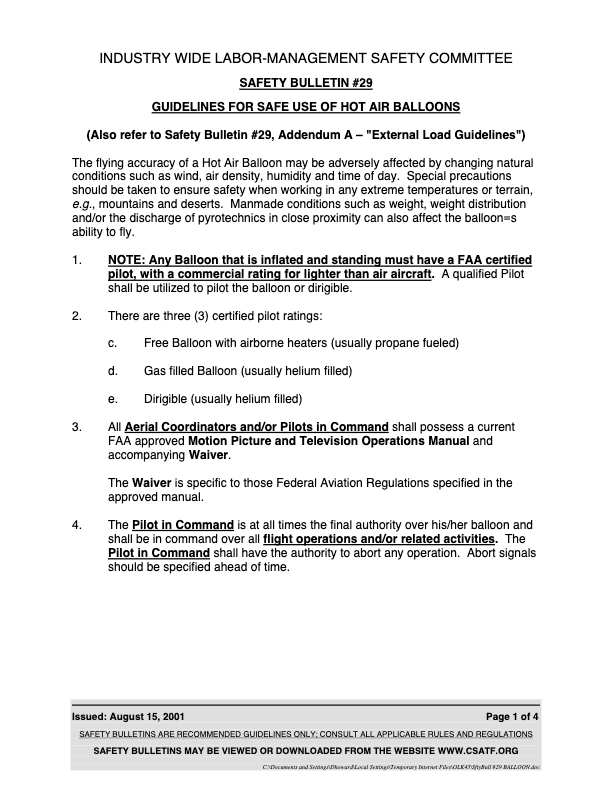 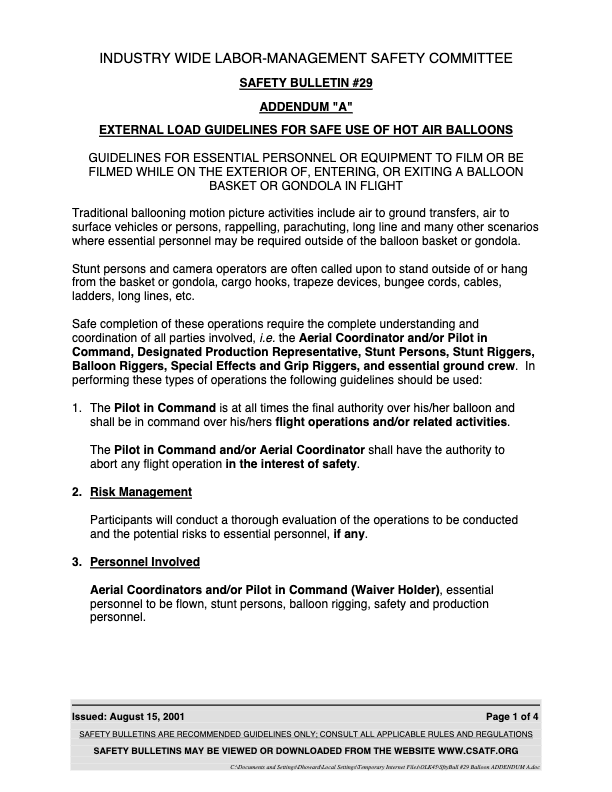 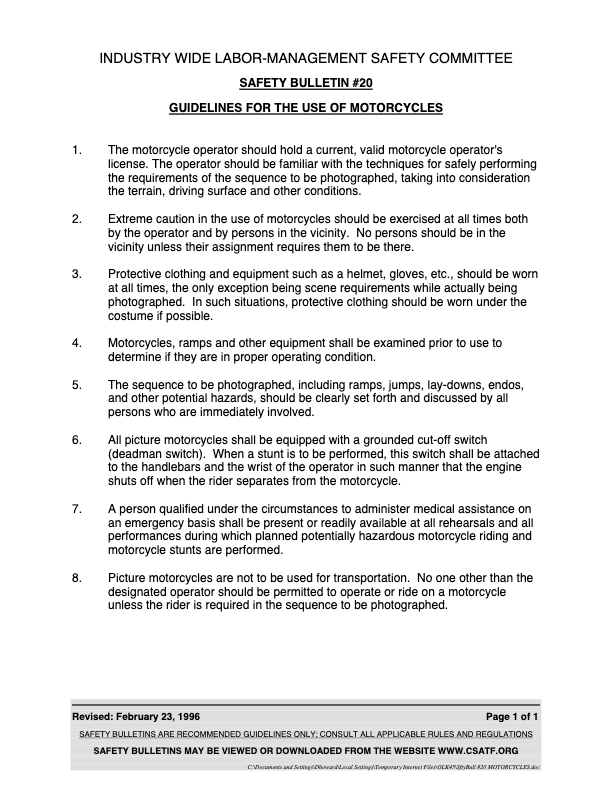 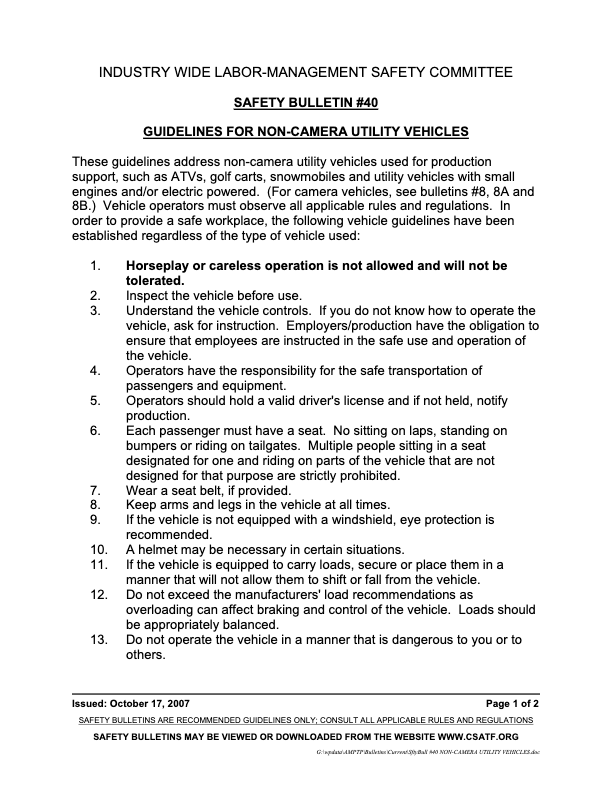 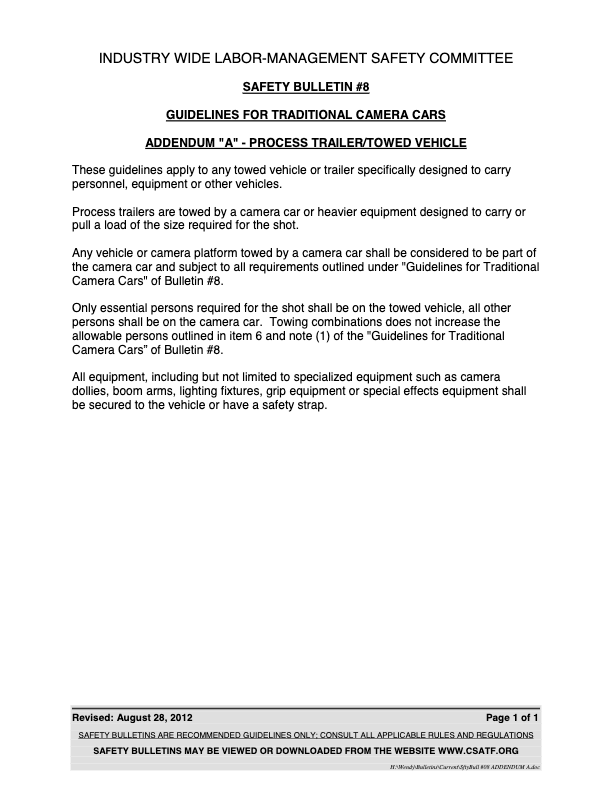 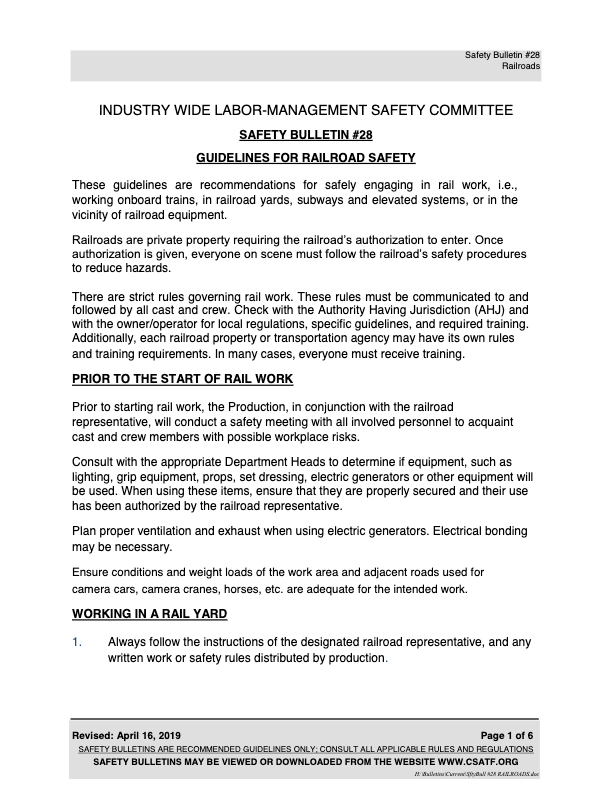 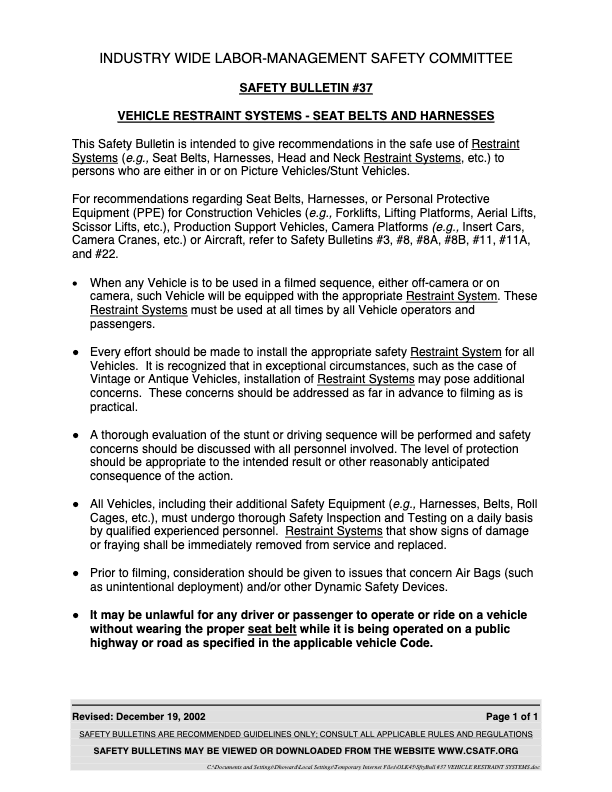